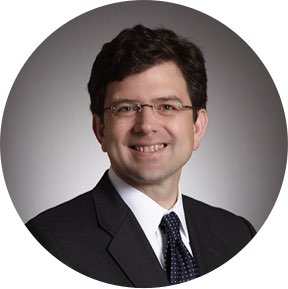 Paul Jahn specializes in transactions involving the development, licensing, and transfer of complex technology and intellectual property. He is regularly involved in negotiations involving joint development projects, strategic alliances and joint ventures, distribution and commercialization arrangements, outsourcing transactions, adversarial patent licensing, patent portfolio acquisitions, branding agreements, and the settlement of related disputes. He frequently counsels companies with respect to the development of new technologies, including projects involving the development and use of open source software and clean rooms. These matters generally involve electronics, information technology, life sciences, healthcare, e-commerce, and telecommunications. Mr. Jahn has extensive international experience, having been resident in offices of the firm and involved in major transactions in the United States, Asia, and Europe.

A recent profile of Mr. Jahn in Chambers USA described him as “a very strong strategist and negotiator whose pragmatism and tireless dedication in complex deals impresses both peers and clients.” He has been listed as Preferred IP Transactions Counsel by GC California, a Leading Individual in Information Technology by Chambers Global, a Ranked Lawyer for IT and IT Outsourcing in California by Chambers USA, one of the IAM Patent 1000, a Northern California Super Lawyer by San Francisco Magazine, and for patent licensing in Legal 500 US. Representative clients include Blue Shield of California, Caltech, Cricket Communications, DISH Network, DreamWorks Animation, Fujitsu, Hitachi, Intel, Kaiser Permanente, Technicolor, and the University of California.

In addition to his transactional and counseling practice, Mr. Jahn has represented clients in trial and appellate litigation, focusing on cases involving unfair competition, copyright, trademark, trade secret, and licensing disputes. He has also represented clients in efforts to shape intellectual property law. Before obtaining his law degree, he practiced as a legislative advocate in Brussels, Belgium, representing a coalition of major computer product manufacturers in a campaign to influence the content of a European Community directive concerning the scope of copyright protection for software. Prior to that time, he worked in Tokyo as part of a technical team representing Fujitsu in its arbitration with IBM involving copyrights for operating system software.